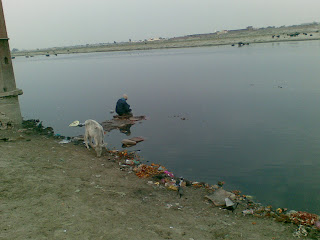 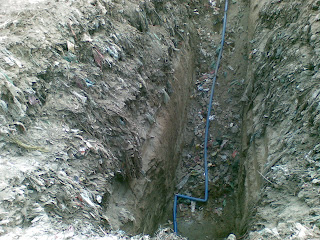 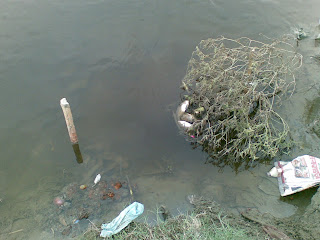 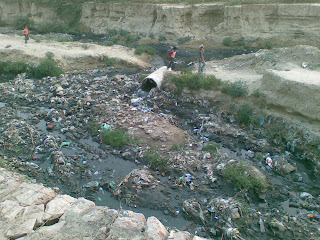 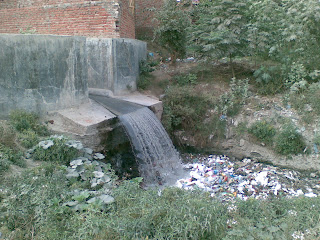 River Yamuna a sister of Yam, according to Hindu mythology, is in very bad shape in practical sense no more than a drain, which is carrying waste generated by upstream townships in its watershed.
I travelled on the bank of river Yamuna In Agra from Poia ghat in Dayalbagh area to Water Works at Jeono mandi. The situation is pathetic River is dying; It has high contain of algae which kills Aquatic life in morning hrs when it consume Oxygen from water.
Bank of river is dumped with Municipal solid waste, which has such high contain of non-biodegradable plastic material, which has made practically impossible to grow any vegetation. Leaching from such site also has increased chances of contamination of Heavy metals.
There are some basic disorientation in policy frame work in Yamuna action plan, since our cities are not planned on contour and there is no drainage master plan is in place, our drains/ sewer lines becomes so deep that we have designed STP systems based on power guzzlers machines for pumping. This system gets choked even when there is minor rainfall in catchment.
Unless there is some sustained approach is taken river Yamuna is bound to vanish in near future.
Posted by Dinkar at 12:18 PM

ALL OF PEOPLE SHOULD BE AWARE FOR YAMUNA POLLUTION. (vinay)

In these days Yamuna River's condition is so bad and govt should concentrate on this.

Everyone know that, Yamuna is a wonderful river in the world but it looks very dirty. Surely Your post will create awareness. You have done a good job by creating this post. Keep on posting awareness information.